The roots and form of Welham Studio lie in earlier work. In 2006 we visited Fidalgo Island in Washington State, the reserve of the Swinomish Tribal People. We were introduced to Ray Williams, a Swinomish elder, and the architect Art Petersen, of Cedar Tree Architects in Seattle, who had just collaborated in building a traditional long house. Our meeting resulted in the decision to develop an environmentally sensitive scheme of new housing that would respect the tribal traditions, respond to the island’s landscape and provide a skill set and opportunities for the younger generation to build to their own specification.

Historically and culturally the Swinomish have no tradition of private space and individual boundaries, but lived communally with a feeling for the ancient spirit routes? [or were they lines?].     We devised module units, based on forms of triangulation, which could be adapted to create varying sizes of house – for elders, students, single families, multi-families, vacation and community facilities. The turf roofs were to unify the buildings with the land

Welham Studios was built to create a flexible collaborative studio space for Landhouse plus living quarters. We wanted to make full use of the Swinomish work, both as a building method and in conceiving a  house as part of the landscape. It is the largest of the 3 sizes developed. The site is rural, its sits on the margin of a flood plain at the edge of the Somerset Levels. The river Cary runs to the south, behind an escarpment rises, a site of special scientific interest.  Welham Studio sits within the landscape and appears part of it. The two triangular wings ground the building in a way that is reminiscent of the way in which sand or snow drifts up against a vertical. Studio work expands on the way in which shapes naturally evolve

The mainframe of the building is a modular system constructed in structurally insulated panels (manufactured in Seattle by the company involved in the Swinomish project.) It is clad in thermoform 3 strand ply panels. At the base of the roof is single ply membrane with an inbuilt root barrier, above that is an irrigation system of 100mm substrate which is overlaid with turf. 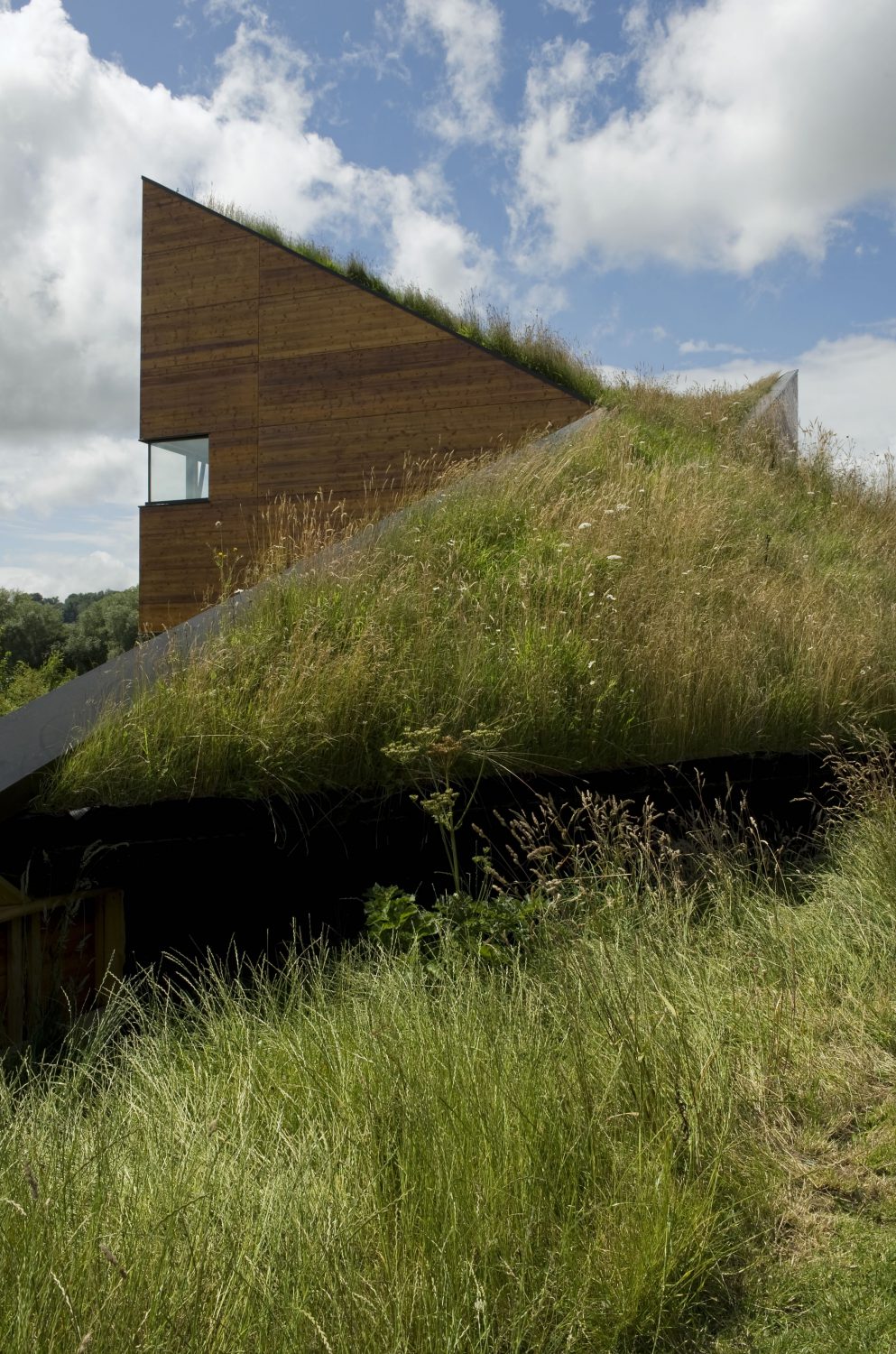