In 2006 we visited Fidalgo Island in Washington State, the reserve of the Swinomish Tribal People. We were introduced to Ray Williams, a Swinomish elder, and the architect Art Petersen, of Cedar Tree Architects in Seattle, who had just collaborated in building a traditional long house. Our meeting resulted in the decision to develop an environmentally sensitive scheme of new housing that would respect the tribal traditions, respond to the island’s landscape and provide a skill set and opportunities for the younger generation to build to their own specification.

Historically and culturally the Swinomish have no tradition of private space and individual boundaries, but lived communally with a feeling for the ancient spirit lines.     We devised module units, based on forms of triangulation, which could be adapted to create varying sizes of house – for elders, students, single families, multi-families, vacation and community facilities. The turf roofs were to unify the buildings with the land 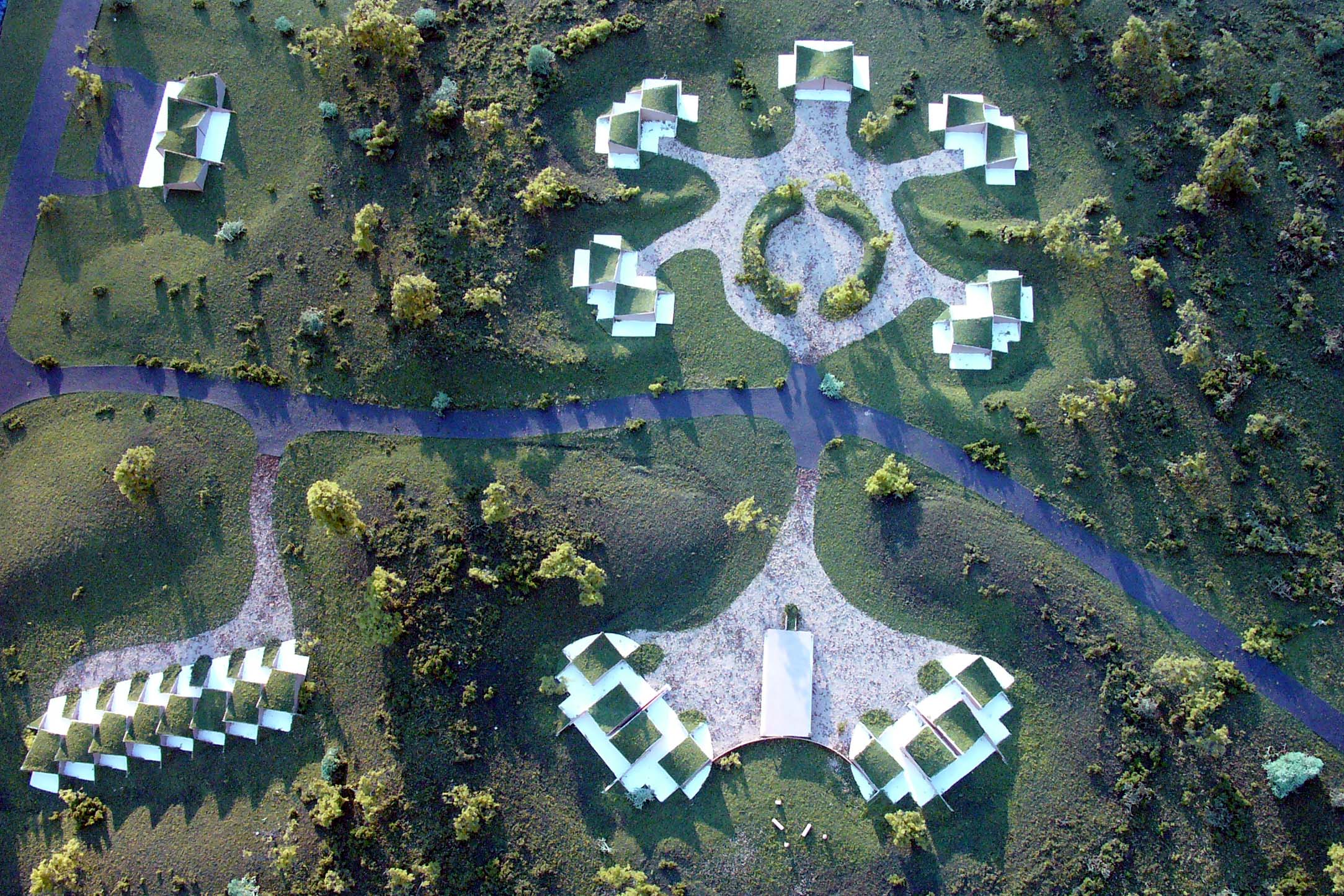