Ferrum House represents work in an urban environment, and the need to produce flexible modular systems suitable for irregular infill sites. Low energy and highly insulated, it was a prototype for Cubis and won a Somerset Building Award in 2014. ‘It is a convincingly modern house that offers no traditional details or signals to declare itself in the context of old Bruton, but sits happily between a series of beautiful old buildings and more recent structures by virtue of its form and scale. As such it has managed to add to the quality and interest of the town.’

The house stands in the footprint of a former garage that served Bruton with petrol and repair services. It sits alongside an old bacon factory that has been converted into flats.

The house presents as a steel cube, which encases the upper two floors, is set back from the road and sits on top of the charred timber-clad ground floor, the footprint of which extends across the site from west to east. This has the effect of the cube appearing as though it is perched on the timber base, a sense enhanced by projecting the northern end of the building over the front entrance. 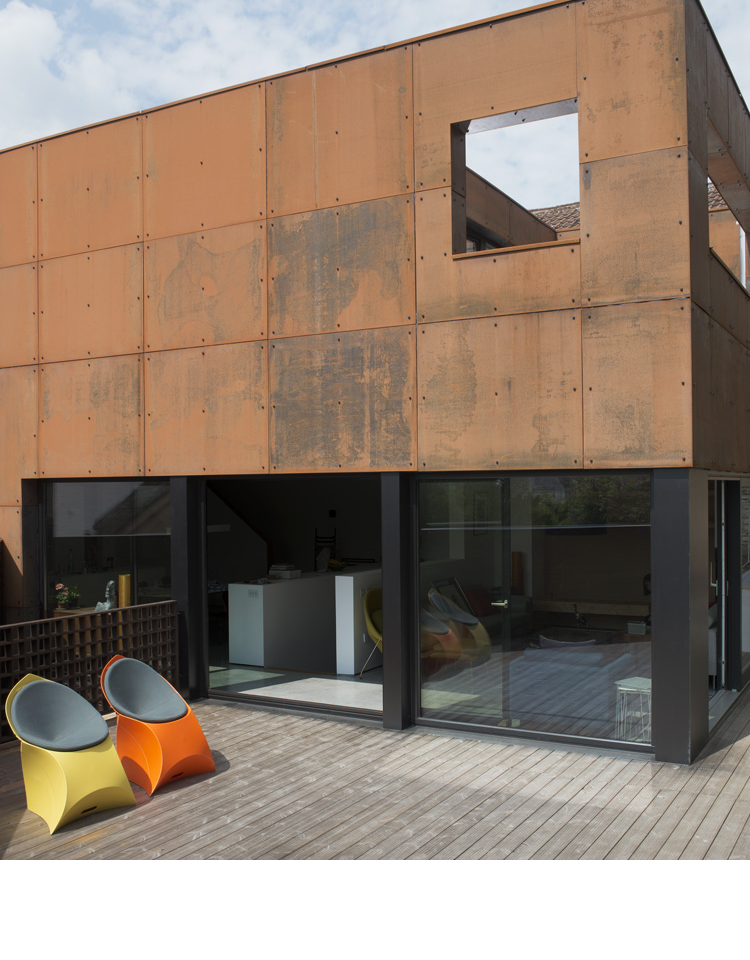