Cumbria Earth works was commissioned by Sustrans as part of their east to west coast cycle route, The eathworks were developed in an old railway cutting and built by the ground work Trust.

Information gathered of the area helped to inform the design which included the industrial heritage and the making of the railway to the Roman encampment that was destroyed in the building of the railway. 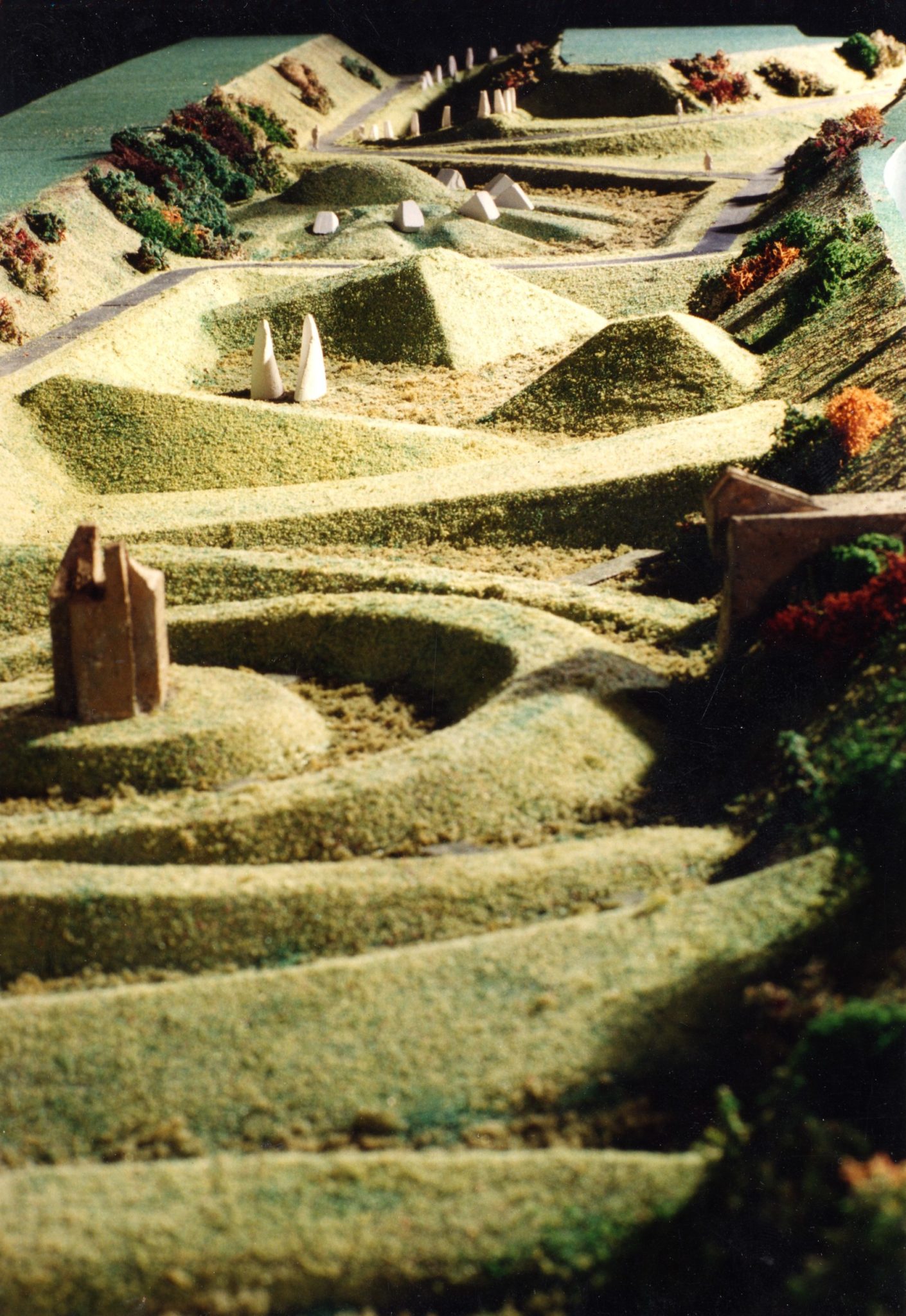